What Is A Hero?

There are lots of definitions of a hero: someone who saves a life, who gives unselfishly, who builds up and never tears down.

Then, you have the ordinary heroes who don't gain any wild public acclaim, but are heroes nonetheless.

Like my husband, who has been shoveling and raking and scraping the close to six feet of snow that have descended upon us in less than a month. It's a hard job, and what's more, many times he had to do it at night, after work and after a class he teaches.

So here's to my hero Dan. Don't know what I'd do without you! 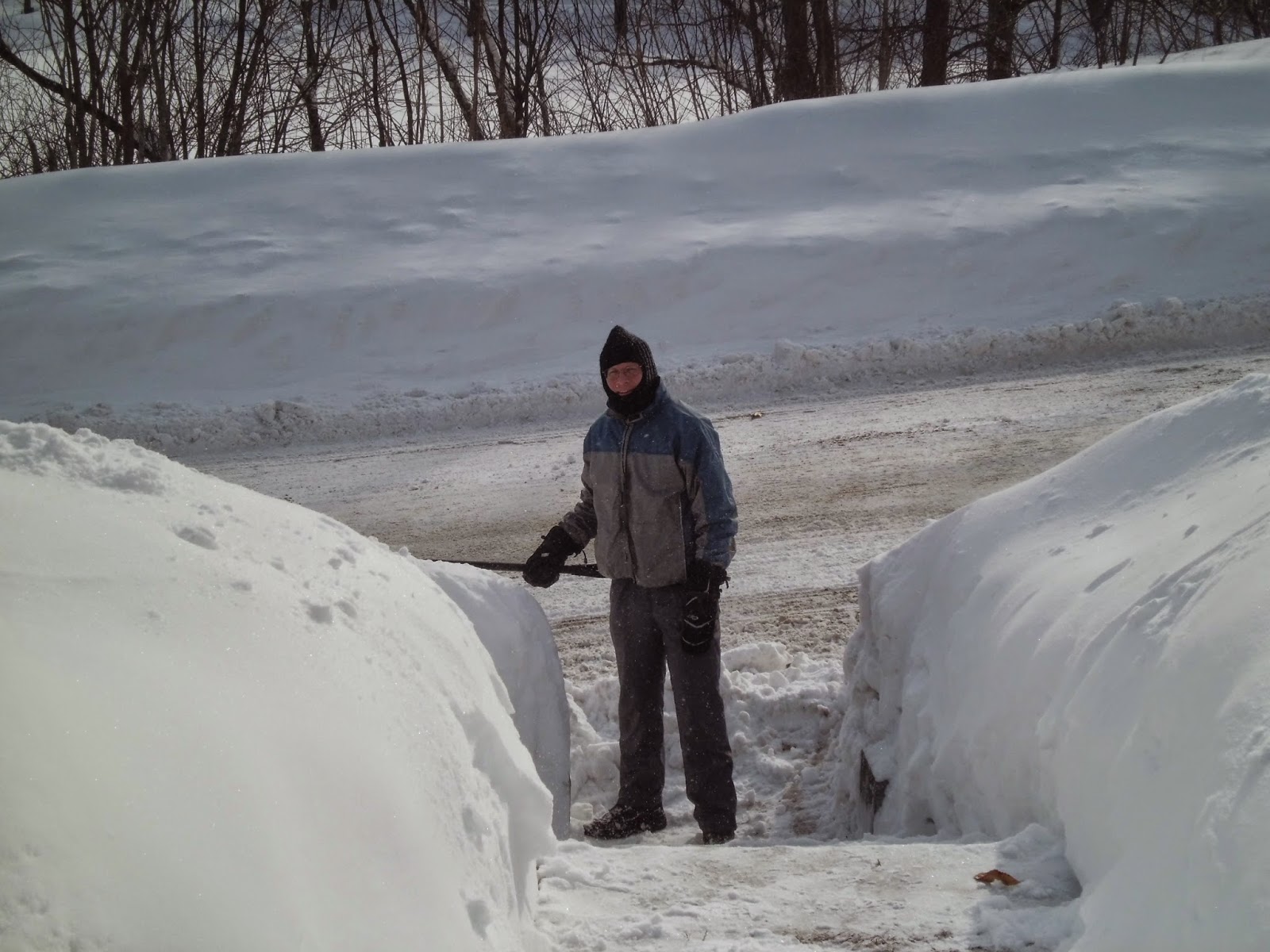